Music distributors confront their customers with an overwhelming choice of music. Online music stores pride themselves with catalog sizes of 15 to 20 million tracks. It appears, as if the magnitude and completeness of music on stock is taken as a guarantee of the ability, to satisfy everybody’s listening desires, based on the idea, that potential customer should never turn their back on a particular music service, because of the unavailability of a particular piece of content. And record labels, once signed to make their content available, forcibly push their entire (back-) catalog into any distribution platform.

For customers, such masses of content are a like a huge, impenetrable jungle, which they hardly enter, or, if they dare, causes them a lot of effort to get around. Consumers restrict themselves to take note only of the freshest plants growing at the very edge of this jungle and, probably, a few of the old but bigger-than-the-rest landmark trees. Distributors know for long, that the increment of tracks made available not automatically translates into an increment of tracks sold.

Personally, I´m not much interested to see duplicates of the same recording released through endless numbers of compilations, re-issues or samplers. I find it a pain, to scroll through more of the same while discovering music. As a serious music listener (and buyer), a main driver of my personal music discovery and purchasing behavior is musical context: the stories behind a recording, the circumstances that influenced an artist to create or perform a piece. The particular era, which shaped an artist or which was shaped by an artist, whether it was italian Renaissance or 1970s hip-hop from the Bronx.
Unfortunately, contextual information in online music distribution seems to be largely neglected. At least, a few basics are in place:

Most online music stores display album art. Probably used rather as colorful elements to break-up boring listings of tracks than intended to convey context. Album art are the photographs or graphical designs originally applied to the packaging of a physical sound recording. Why is this contextual information? The imagery on vinyl discs or CDs quite often relates directly to the conceptual idea behind the music. Album title, album art and the music in its particular sequence are a holistic synthesis of artistic expression. Much of this synthesis gets lost in online stores: e.g. customers see only the front cover, but never the back cover or the inside artwork. As well, the purchase of entire albums is on the wane, replaced by the cherry-picking of individual tracks.

What´s often lost as well is the gist of information related to the who, when, how etc. of a recording. This makes it very difficult to figure out the real recording date and place or the line-up of musicians in a particular performance. Some online stores present more or less accurate articles about artists or albums. These articles are helpful, but quite often I perceive them as isolated fragments of information, and, much worse, entirely unaffected by the principle blessing of the online age: the hyperlink. Extensive hyperlinking of artist- or album-related articles in online stores would represent a powerful driver of music discovery. Information of that kind is available online, but it resides in distinct, unrelated online silos. Same is the case with song lyrics.

At least since the days of MTV we know about the importance of video for music. Music videos make YouTube probably the most frequented music destination site of the planet. Yet, the combined, well integrated display of artist videos next to the audio offering in online music stores is rarely to be found. 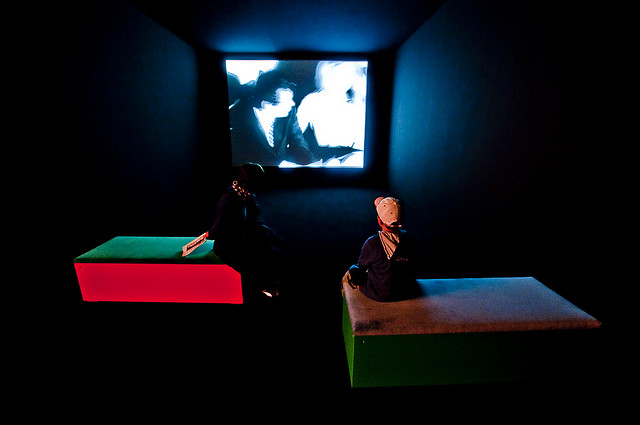 I guess, online stores still mimic to a large extent their physical predecessors. Only that online stores have a confusingly sized inventory on offer, but no helpful shopkeepers, capable to support shoppers with knowledgeable and supportive information. Online stores have not fully grasped the fact, that they could be more than marketplaces. Like physical malls, they could provide convenient and pleasurable, probably playful discovery experiences, which would turn out as stickiness attributes, purchase drivers, differentiators and reasons to come back. Deeper integration of contextual information, provided through carefully curated linkage and referencing of text, lyrics, videos, images and album art, should be the way to go.

Leave a Reply to Mark